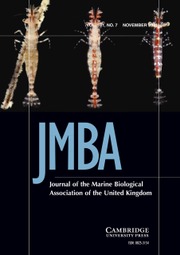 Jia De Laubenfels, 1930 was erected to accommodate Californian Jia jia, a microcionid sponge possessing a unique J-shaped microsclere, subsequently named croca (crook, shepherd's staff). In later revisions, the genus was assigned to the synonymy of Antho Gray, 1867 because of similarity in skeletal and spicular characters with that large worldwide genus. Over the years, two additional species, one Atlantic, one from the Tropical East Pacific, were found to possess the crocae, and here four additional species with these intriguing spicules are described from Indo-West and East Pacific localities. It appears that now seven species, all Antho-like, are known to possess crocae, together distributed over all three oceans. This leads us to hypothesize that crocae are a shared character of a monophyletic group of Antho species and accordingly we propose to revive Jia as a subgenus of Antho. The four new species are Antho (Jia) galapagosensis sp. nov., Antho (Jia) lithisticola sp. nov., Antho (Jia) wunschorum sp. nov. and Antho (Jia) ramosa sp. nov.