The Journal of Nationalism and Ethnicity 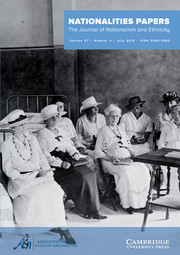