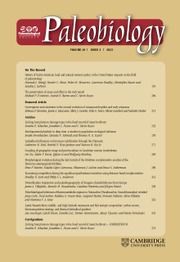 Ediacaran fossils at Mistaken Point, southeastern Newfoundland (terminal Neoproterozoic; 565–575 Ma) represent the oldest known animal communities. In contrast to most Phanerozoic fossil assemblages, in which postmortem transportation, bioturbation, and the accumulation of hardparts obscure community relationships, all fossils in the Mistaken Point assemblages were sessile, soft-bodied organisms that show no evidence of mobility in life or transportation after death. Mistaken Point assemblages are spectacularly preserved on large bedding planes as in situ census populations of hundreds to thousands of fossils, recording the living soft-bodied benthic community at the moment it was smothered by volcanic ash. This unique preservation style allows ecological tests routinely conducted in modern communities (e.g., species richness, abundance, “biomass,” diversity, and evenness, as well as statistical tests of nearest-neighbor interactions) to be applied to the fossil communities. Observed patterns of community variability are consistent with the theory that Mistaken Point fossil surfaces are “snapshots” recording different stages of ecological succession, progressing from communities of low-level feeders (e.g., pectinates and spindles) to frond-dominated communities with complex tiering and spatial structure. The presence of diverse slope communities at Mistaken Point suggests that the deep sea was colonized rapidly during the evolution of complex organisms. Species richness, abundance, and diversity values, as well as levels of intraspecific interaction, all fall within the typical range observed in modern slope communities. These structural similarities imply that ecological processes present in Ediacaran communities at Mistaken Point were strikingly similar to the processes that operate in modern deep-sea animal communities.