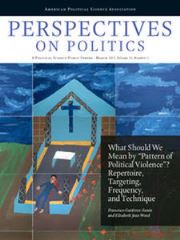 Cover Art: Muerte Solitaria de un Raspachin (Solitary Death of a Coca Leaf Picker) was painted in 2008 by Iris, a former rebel combatant in Colombia’s civil war. About 80 former rank-and-file members of paramilitary and rebel organizations, as well as government soldiers, painted 420 paintings In workshops organized by Colombian artist Juan Manuel Echavarría over a two-year period. The purpose of this historical memory project was to bring “The War We Have Not Seen,” as the exhibition of paintings was called, to the Colombian public. It particularly sought to document the experience of the rural youth—many recruited as child fighters—who largely fought the war. Painted on detachable panels to ensure their portability, the paintings were exhibited in major cities of Colombia, including Medellín, Cali, and Bogotá, and in Miami, USA; Bordeaux, France; and Rio de Janeiro, Brazil. For more information see the essay by exhibition curator Ana Tiscornia at http://www.laguerraquenohemosvisto.com/english/ensayo_tiscornia.html.