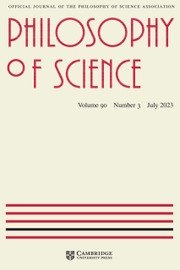 Critics of multiple realizability have recently argued that we should concentrate solely on actual here-and-now realizations that are found in nature. The possibility of alternative, but unactualized, realizations is regarded as uninteresting because it is taken to be a question of pure logic or an unverifiable scenario of science fiction. However, in the biological context only a contingent set of realizations is actualized. Drawing on recent work on the theory of neutral biological spaces, the article shows that we can have ways of assessing the modal dimension of multiple realizability that do not have to rely on mere conceivability.

I would like to thank Tarja Knuuttila as well as the audience at the PSA 26th Biennial Meeting, Seattle, November 2018 for helpful comments. Thanks also to Tero Kuparinen for helping with the preparation of fig. 1.