THE CHURCH AND THE LAW 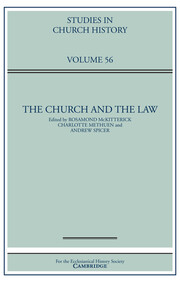