Studies in Christianity and Culture 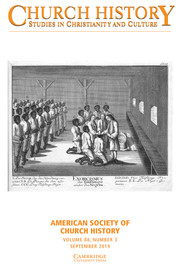