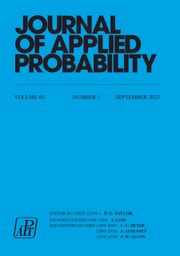 The paper deals with nonlinear Poisson neuron network models with bounded memory dynamics, which can include both Hebbian learning mechanisms and refractory periods. The state of the network is described by the times elapsed since its neurons fired within the post-synaptic transfer kernel memory span, and the current strengths of synaptic connections, the state spaces of our models being hierarchies of finite-dimensional components. We prove the ergodicity of the stochastic processes describing the behaviour of the networks, establish the existence of continuously differentiable stationary distribution densities (with respect to the Lebesgue measures of corresponding dimensionality) on the components of the state space, and find upper bounds for them. For the density components, we derive a system of differential equations that can be solved in a few simplest cases only. Approaches to approximate computation of the stationary density are discussed. One approach is to reduce the dimensionality of the problem by modifying the network so that each neuron cannot fire if the number of spikes it emitted within the post-synaptic transfer kernel memory span reaches a given threshold. We show that the stationary distribution of this ‘truncated’ network converges to that of the unrestricted network as the threshold increases, and that the convergence is at a superexponential rate. A complementary approach uses discrete Markov chain approximations to the network process.

Primary: 60J25: Continuous-time Markov processes on general state spaces
Secondary: 92B20: Neural networks, artificial life and related topics 60J99: None of the above, but in this section