Annual of the British School at Athens - Latest volume

Published on behalf of The British School at Athens
Journal Home

Latest volume of Annual of the British School at Athens 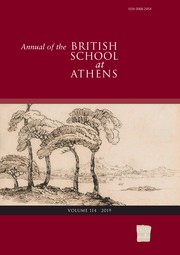