Looking Forward, Looking Back: Christianity in Latin America and the Caribbean

In this inaugural virtual issue, Christina Davidson’s article “Redeeming Santo Domingo: North Atlantic Missionaries and the Racial Conversion of a Nation,” winner of the American Society of Church History’s annual Sidney E. Mead Prize and published in our March 2020 issue, offers an opportunity to revisit the journal’s scholarship on the Caribbean and Latin America. Though the number of articles on the two regions has been relatively modest compared to those focusing on Europe and North America, the pieces we have published demonstrate the rich thematic and analytical possibilities available to scholars of these global crossroads where indigenous American and African religions intersected with Christianity as early as the sixteenth century and where the legacies of colonialism and slavery, and their relationship to religiosity, remain deeply entrenched in the modern world.

Together, these pieces offer tantalizing glimpses into a wide-open field and represent an invitation to scholars studying the Caribbean and Latin America to find a home for their work in Church History: Studies in Christianity and Culture.

The Journal of Ecclesiastical History’s World Christianities Essay Prize awards £500 each year to the author of an original research article on any subject relating to the history of Christianity outside Europe and North America since the year 700.  The prize is funded in part by a generous donation from the Cambridge Centre for Christianity Worldwide. Contributions are welcome from any historical subdiscipline and with any chronological or geographical focus within those parameters.

To advance its mission to support and promote scholarship and teaching, the American Society of Church History has launched a new online repository: TARA, our Teaching and Research Archive. This curated collection covers the history of Christianity and its cultural contexts in all places and historical periods through the 20th century, including non-Western expressions. 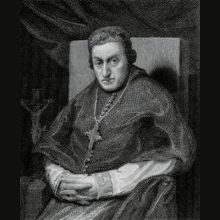 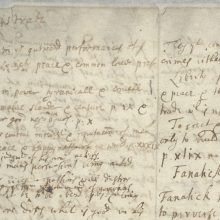