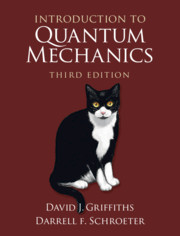 Changes and additions to the new edition of this classic textbook include a new chapter on symmetries, new problems and examples, improved explanations, more numerical problems to be worked on a computer, new applications to solid state physics, and consolidated treatment of time-dependent potentials.