Introduction to Coastal Processes and Geomorphology 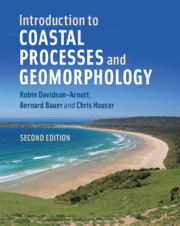 Written for anyone interested in coastal geomorphology, this is the complete guide to the processes at work on our coastlines and the resulting features seen in coastal systems across the world. Accessible to students from a range of disciplines, the quantitative approach of this book helps to build a solid understanding of wave and current processes that shape coastlines. From sandy beaches to coral reefs, the major coastal features are related to contemporary processes and to sea-level changes over the…